Sudan says deployment of troops along its border response to military threat from Eritrea, Egypt

Sudan says its decision to deploy troops along its border with Eritrea was a response to threats from Eritrea and Egypt. 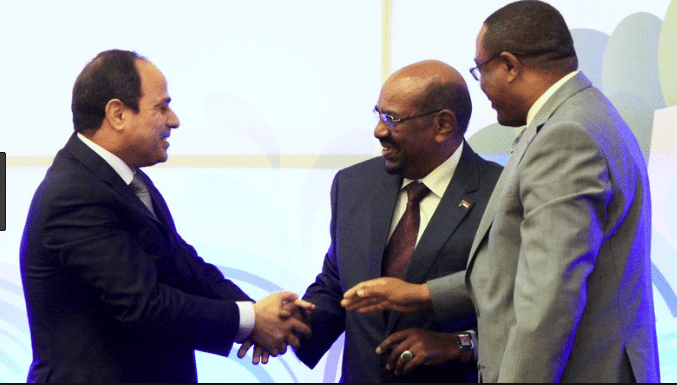 The ruling National Congress Party (NCP) “has directed to continue security arrangements on the eastern Sudan border after being briefed about possible threats from Egypt and Eritrea in the region of Sawa (in Eritrea),” Sudan Tribune quoted Presidential Assistant Ibrahim Mahmoud as saying.

Tensions rose in the Red Sea region after Sudan strike a deal to temporarily hand over the Red Sea island of Suakin to Turkey, a move that angered Egypt which immediately deployed its troops inside the Eritrean region of Sawa that borders Sudan. Sudan in return shuts down its border with Egypt and deployed its troops.

Khartoum also responded by calling its Ambassador to Cairo but the move was not reciprocated by Egypt.

Turkey’s action was seen as a move to expand its influence in the region.

Turkey and Sudan say that the plan is to rebuild the island, increase tourism and easy access to Mecca, the holy city of Islam.

On the other hand, souring relations between Egypt and Ethiopia over the use of the Nile water has played a factor in the crisis. Egypt had reportedly wanted Sudan out of the tripartite negotiation over the share of the water. Following news of Egypts deployment of troops in Eritrea, the Ethiopian regime, not a friend of Eritrea, deployed more troops along the border.