Ethiopian regime prosecutors brought “treason” and “terrorism” charges against political opponents a week after the Prime Minister promised to release political prisoners to bring what he called “national consensus” and “broaden the political space.” 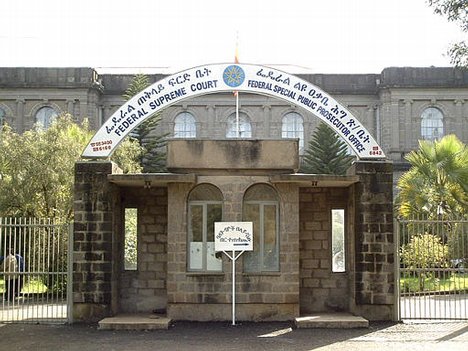 Five soldiers in Eastern Ethiopia were accused of recruiting members of the army to join the Oromo Liberation Front (OLF) an opposition group outlawed by the regime, according to The Reporter.

The prosecutor accused that the soldiers were plotting to carry out missions by the OLF.

Meanwhile, a court in Addis Ababa sentences a political prisoner to four years in prison, according a local journalist who follows court proceedings of political opponents.

Girum Asnake and others were accused of being members and supporters of Patriotic Ginbot 7, also outlawed by the regime.

Asnake argued in court that written evidences presented by regime prosecutors were fabricated.