Security forces killed two people in Horogudru-Shambu, West Wollega as protests continue against a regime that has come under pressure from all corners with protesters demanding the end to its rule. 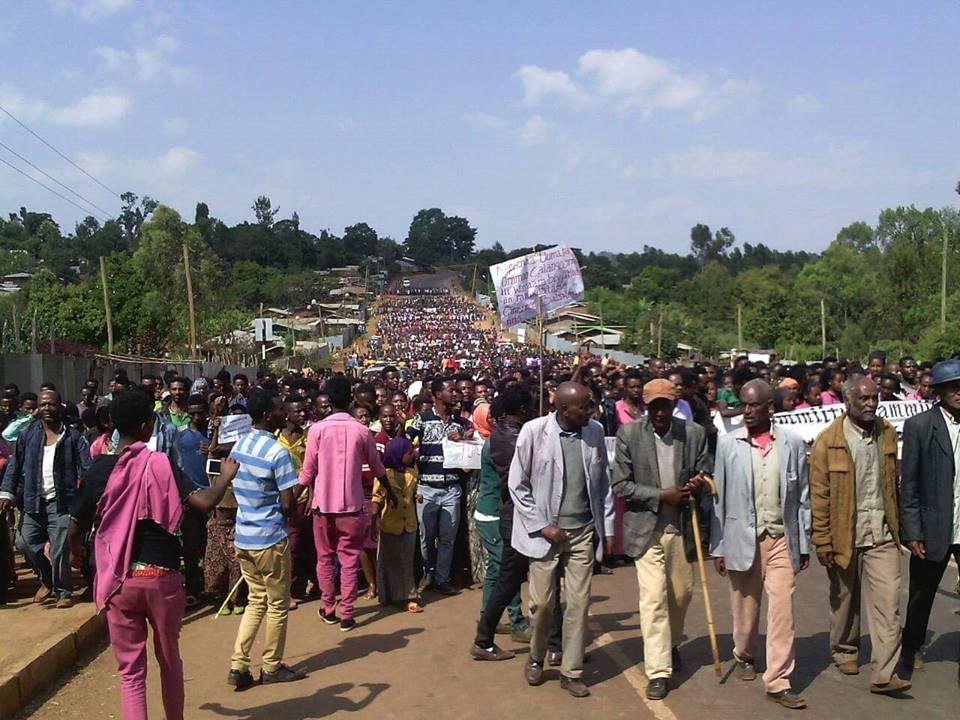 In Kellem, Wollega, thousands took to the streets denouncing the brutal actions of TPLF forces against the Oromos in Eastern Ethiopia and the ensuing displacement of hundreds of thousands from the Somali region.

In Asebe-Teferi, a.k.a. Chiro, protesters smashed windows of four buses owned by the TPLF business empire. The protesters have reportedly demand passengers to disembark from the buses before damaging the buses with stones. No passenger was injured, according to reports. The passengers were part of the annual Kulubi pilgrimage. The annual religious rite has seen the lowest turnout this year, according to sources.

In a security alert to its staff, the UN field office in Addis Ababa confirmed the attack on the buses in Eastern Ethiopia.