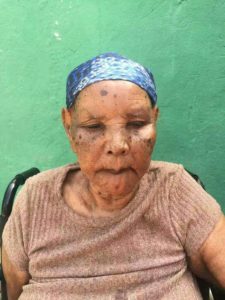 A 104 year old grandma was beaten to death on Wednesday in a prison in the Somali region of Ethiopia. The body of Anbaro Sheik Dayib was given to the family today. She was suffering from Alzheimer.

Anbaro Sheik Dayib and her son Ali Abdulahi Fihiye, 83, was imprisoned by the order of the president of the Region, Abdi Mohamoud Omar a.k.a. Abdi Illee, in a bid to silence their activist son who lives in London, according to Jamal Diiryie Khalif, chairman of the Somali Activists network.

Khalif says the regional government targets and tortures families of activists who live abroad to silence them. He also said he worries for the fate of the 83 year old father of the activist whom he said is being tortured in prison. Interrogators have been coercing him to call his son in London and tell him to stop his criticism of the regional president, according to Khalif.

Khalif told ESAT that he knew 68 members of an extended family of an activist abroad who were rounded up and put in jail.