Ethiopian ‘Red Terror’ suspect goes on trial in the Netherlands 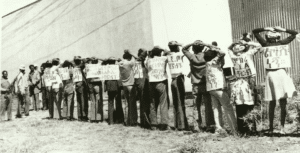 An Ethiopian born Dutch citizen is on trial in the Netherlands for his alleged crimes in the infamous ‘Red Terror’ during the 1970s communist rule by Mengistu Hailemariam.

Eshetu Alemu is accused of carrying out the execution of 75 people and at least 300 victims have been named in the charges, according to a BBC report. Alemu denies all the charges and said that prosecutors had “the wrong person.”

The 63 year old suspect was a representative of the Mengistu regime in the province of Gojjam in the 70s.

He told the court that he was only “responsible for propaganda” and had actually been targeted for assassination by other political groups, according to the report.

He told the court that prosecutors had “the wrong person” and denied ordering the execution of 75 prisoners in a Church.

Tens of thousands were killed as competing marxist groups vied to take the political upper hand in the 1970s Ethiopia.