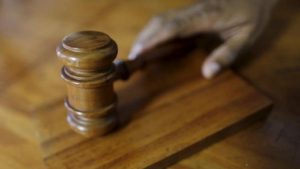 An Ethiopian born Dutch citizen will go on trial in the Netherlands next Monday for his alleged role in the infamous “red terror” in Ethiopia in the 1970s.

The man, 63, is accused of killing of 75 young prisoners in 1978 and incarceration and inhumane treatment of more than 200 people, according to a Reuters report.

He was representative of the communist regime of Mengistu Hailemariam in Gojjam when he committed the alleged crimes. An Ethiopian court has sentenced him to death in absentia.

Reuters quoted the Dutch national prosecutor’s office as saying that the Ethiopian sentence can’t be carried out in the Netherlands, making a new trial the best option to hold the man to account,

The prosecutor’s office said the trial in The Hague is based on an investigation by the International Crimes Team of the Dutch national police. It contains the statements of several Ethiopian witnesses, some of whom will be present at the trial, the report said.

The accused has been held in the Netherlands since 2015.