Somalia parliament to probe into handover of ONLF member 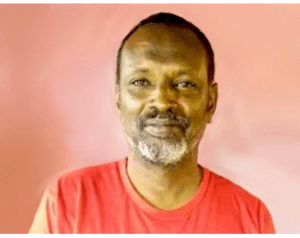 Somalian parliament formed a 15 member body to open an investigation into the transfer to Ethiopia of Mr. Abdikarin Sheik Muse, an executive member of the Ogaden National Liberation Front (ONLF) .

Sheik Muse was handed over to Ethiopian security last month and both Addis Ababa and Mogadishu labelled him as a terrorist. But the move drew outrage against the Somali government by Somalis worldwide and their representatives in parliament.

“At the present, suspicions surrounding the events suggest that Mr Abdikarin – who lived in Somalia as a political refugee – was illegally handed over to Ethiopian authorities in exchange for increased political support from the regime in Addis Ababa,” said the Unrepresented Nations and Peoples Organization (UNPO) on Tuesday.

Speaker of the House for the Somali parliament announced that the 15 member team will investigate and come up with a report on the decision by the government to handover over Sheik Muse to the Ethiopian regime.

Somalis described the handover as a refoulement and denounce their government for colluding with the Ethiopian regime in the detention and eventual handover of Mr. Sheik Muse.

“The Somali government has forcefully transferred a political refugee to Ethiopia which is known to torture and humiliate its opponents. It has been intimated that Mr. Abdikarin was sacrificed in order to get political support from the Ethiopian regime,” the ONLF said in a statement.