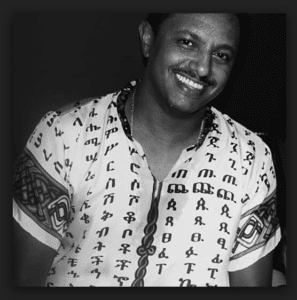 Ethiopians took to the social media to express their anger over the cancellation Sunday of Teddy Afro’s album release party by authorities who have also banned his new year concert.

Lyrics by Ethiopia’s king of reggae preaching unity and peaceful coexistence do not bode well for the ominous agenda of the ethnocentric regime that divide and rule the people with iron fist.

It was not the first time that the pop star’s concerts were cancelled. Several of Teddy’s concerts were banned, some in the last minutes, resulting in thousands of dollars loss to the singer.

Security forces on Sunday prevented the unloading of sound systems and band instruments from a truck parked at the Addis Ababa Hilton Hotel and told organizers of the party that the event had been banned by authorities.

Hundreds of invited guests were on their way to the dinner party that would have seen the video release of one of his songs from the most recent album that charted number one on Billboard’s World Albums.

His fans found the ban not only unfair to the artist but also ironical in that it came at a time when the regime has organized a ten day celebration of “Ethiopianism” in connection with the Ethiopian new year on September 11.

“Ethiopians want to celebrate #EthioNewYear Not with Chris Brown or Bruno Mars BUT #Teddy_Afro,” wrote Jordan Wmariam on his Facebook.

“Most of all I wish the new year to be a year that Ethiopians are equal under the law and for justice to prevail in the new year,” Teddy wrote

in a message posted on his Facebook after the cancellation of his party.