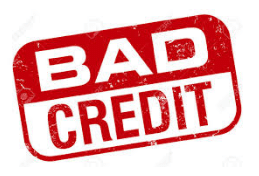 According to ESAT sources, it would be impossible to pay the amount due this year when the the country was able to generate only 2.9 billion dollars in export trade this year.

The sources said the regime has now resorted to buy petroleum on credit from Sudan. As a kickback to Sudan, the agreement stipulates for Ethiopia to agree to import through the port of Sudan and also for Ethiopia to transfer the administration of disputed lands on border areas to the Sudan for ten years, as recently reported by ESAT.

Sources also disclosed that the National Bank and the Ministry of Finance and Economic Development, the two institution that encouraged and played a key role in taking the loans, are now at war with each other, one blaming the other for the failure to pay back the loans.

While the country is underwater financially, members of the oligarchy, who are overlooking mega projects, were still benefiting and pocketing money meant to pay for projects. Two names mentioned by ESAT sources are Arkebe Oqubay, who is in charge of building industrial parks and Sufian Ahmed, the minister of finance.