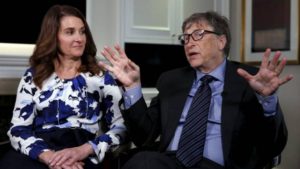 The Agricultural Transformation Agency, funded by the Bill and Melinda Foundation is tainted with misappropriation of funds and that nothing has been done to lift off the project even after six years, according to ESAT sources.

The Agency with an annual fund of 60 million dollars which is mainly obtained from Bill and Melinda Foundation as well as 26 other donors is in deep trouble, according to the source who said most of that money goes to pay a consultant who is a relative of the CEO, Khalid Bomba.

The sources accused that Bomba has made several payments to First Consultancy, a firm run by Ahmed Kelo and Nebil Kelo, relatives of the CEO.

The CEO was supposed to be replaced every three years but Mr. Bomba has been at the position for over six years against the statute of the Agency.

Executives of the ATA have close ties with the powers that be and they were never held accountable for the misappropriation of the funds.