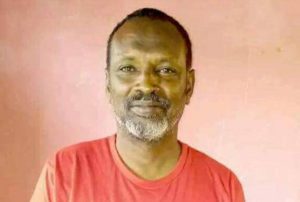 The Ogaden National Liberation Front (ONLF) denounced the refoulement of Abdikarin Sheikh Muse, an executive committee member of the Front to Ethiopia.

Mr. Sheik Muse, who lived in Mogadishu for three years, was detained by the regional security of the Galkacyo, Galmudug regional state in central Somalia on August 23, 2017, according to a press release by the ONLF.

“He went to Galkacyo to bring back his young niece to Mogadishu for medical treatment where he was apprehended and then transferred to Mogadishu and held by NISA, the Somali national Security for few days,” said ONLF.

Mr. Sheik Muse was then handed over to Ethiopia in violation of the principle of non-refoulement laid out in 1954 UN-Convention, ONLF said adding that “Somali government has forcefully transferred a political refugee to Ethiopia which is known to torture and humiliate its opponents.”

The release accused that the President and the Prime Minister of Somalia as well as Ethiopia’s ambassador to Somalia were involved in the refoulement of Sheik Muse. “The direct involvement of both the Somali president and prime minister has been confirmed. It has also been intimated that Mr. Abdikarin was sacrificed to Ethiopia in order to get political support from Ethiopia. The Ethiopian ambassador to Somalia who is a close relative of the prime minister and in law to the Somali president played a key role in brokering the deal.”

ONLF also accused that Ethiopian regime “resorted to cheap propaganda stunt” claiming that Mr. Muse had an Ethiopian passport and he was returning on his free will to Ethiopia. The Front said caims by Ethiopia that Mr. Muse had involvement with Al Shabaab was fabricated

ONLF called on the UNHRC, ICRC, HRW and the international community to secure the safety and wellbeing of Mr. Abdi-Karin Sheik Muse and pressure Ethiopia to fully respect his human rights as stated in human rights charter and Geneva conventions.