It is just a matter of time before another protest flares up, says report by rights group 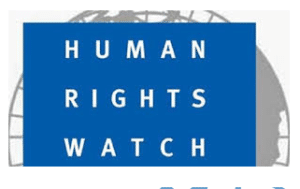 The Human Rights Watch said on Monday that based on interviews conducted with protesters, including those who were detained during the state of emergency, it was just a matter of time before they took their grievances to the streets again.

“Many protesters, including those who were held in Ethiopia’s “rehabilitation camps” during the state of emergency, have told me that without such efforts and meaningful reform, it is just a matter of time before they start protesting again,” writes Felix Horne, HRW’s senior researcher for the Horn of Africa.

Felix says while the lifting of the state of emergency welcome news, “thousands remain in detention without charge, none of the protesters’ underlying grievances have been addressed, and politically motivated trials of key opposition leaders, artists, journalists, and others continue.”

He said fundamental demands of the people have deliberately been ignored by the regime and no credible investigations have been done to look into the brutal actions of security forces against anti-government protesters.

“The government has largely redefined protester grievances in its own terms, ignoring more fundamental demands to open up political space, allow dissent, and tolerate different perspectives that are critical in such a large and ethnically diverse country. It has also failed to conduct even a remotely credible investigation into security force abuses since the protests began.”

The regime, according to Felix, chose to use brutal force instead of seizing the the state of emergency as an opportunity to address grievances by the people.

“Even though it was abusive and overly broad, Ethiopia’s state of emergency gave the government a window to address citizens’ grievances without the shadow of imminent protests. But the government missed that opportunity. Suppressing grievances through brutal force is more likely to provoke instability than to ensure Ethiopia’s long-term stability.”