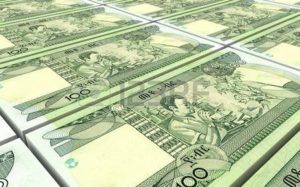 Ethiopia’s debt has reached a whooping $23 billion while export earnings is in downward spiral coupled with the increase in payments to loans.

The writer said earnings from export trade has stagnate and remains the same since 2009 owing to the crisis in currency exchange, which in turn encourages contraband and other illegal businesses.

The writer says millions of dollars is being wasted and misappropriated in government mega projects such as sugar development and advises the regime to desist from engaging in business. The article recommends that government owned businesses be transferred to private investors.

The article also said the unfettered printing of Ethiopia’s currency notes has contributed immensely to the economic crises.