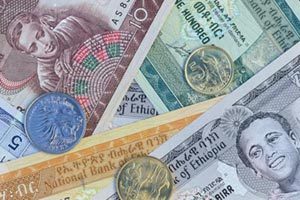 Ethiopia says it expects a third of its budget to be covered with aid from donor countries and foreign loans.

Presenting the country’s 2017/2018 budget to the parliament, the minister of finance and economic cooperation announced that of the total 321 billion birr (14 billion dollars) allocated for the budget year, about 5 billion dollars is expected to be covered from donors.

The minister, Abraham Tekeste, said the country’s defence budget has been increased from 478.3 million to 521.8 million dollars. On the contrary, the money allocated for sustainable development projects has been reduced from 522 million to 304.3 billion dollars.

Analysts say the increase in defence expenditure and the decrease in the budget for economic projects show the regime has given priorities in averting the security threat it faced from its neighbours and armed political forces in and outside the country.

Analysts also said the regime’s plan to cover one third of the economy from aid and loan contradicts the economic miracle the country is said to have achieved, as propagated by the oligarchy and its foreign allies.