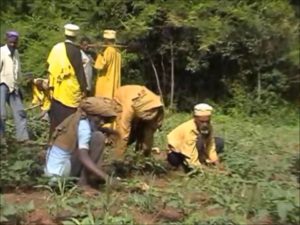 Clashes between the Amhara and Tigray militiamen around the Waldiba monastery has continued for the second day on Wedensday, according to ESAT sources.

The sources told ESAT that the Tigray militiamen were being backed up by the regime’s army but the Amhara militiamen have taken control of vast territories in the monastery.

A source who spoke to ESAT said The Amhara militiamen in retaliation killed five from the Tigray side.

The sacred Waldiba monastery has been targeted by the government  for sugar development which has met with strong objection by the monks and the laity.

Thirty nine monks have been detained after they publicly protested plans by the government to use their monastery for sugar development.