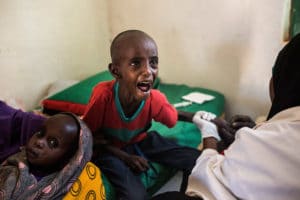 Ethiopia has declared an outbreak of acute watery diarrhea, also known as AWD, in the country’s Somali region, where people are already struggling to cope with a persistent drought, according to a report by the VOA.

Dr. Akpaka Kalu, the World Health Organization representative to Ethiopia, told VOA on Friday that 16,000 cases of AWD had been recorded in the region since January.

The report said the total number of deaths is uncertain.

Regional President Abdi Mohammed Omar said Friday that 19 children had died of AWD in Dollo zone, an area near the southern border with Somalia. This week, residents of a remote village, Qorile, told VOA’s Somali service that dozens had died and more than 700 had received treatment for the illness.

The United Nations warned last week of the spread of AWD in the Somali region of Ethiopia, a region severely hit by a series of droughts.

The UN Office for the Coordination of Humanitarian Affairs said new cases of AWD were registered in 37 woredas of Somali region in recent weeks.

But the Ogaden National Liberation Front (ONLF) accused that the Ethiopian regime is hiding the extent of the scourge and is not providing the help people needed.

The epidemic is further exacerbated by the drought and lack of food and water supply in the region.

Some 5.6 million people in Ethiopia need immediate food assistance after rains failed repeatedly owing to the effects of El Nino.