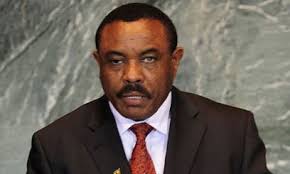 Ethiopians in Finland wrote a letter to the Tampere University of Technology objecting the nomination of prime minister Hailemariam Desalegn for the award of honorary doctorate degree.

Representatives of the community wrote a letter saying the Prime Minister does not deserve such an award as he is at the helm of a brutal regime that terrorizes its own people.

An alumnus of TUT, Hailemariam Desalegn graduated in 1992 with MSc in sanitation engineering.

An official of the University notified the community representatives that the letter from the community is being considered by the relevant body of the university.

The Ethiopian community in the letter listed the various crimes committed by the Ethiopian regime to which Hailemariam was at the helm. They argued that it would be a dishonor to Ethiopians to honor a member of a criminal regime.

Abebe Gellaw, Executive Director of ESAT and who led a similar campaign against APU, said the TUT should rather respect the victims of killings, mass arrest and torture in Ethiopia rather than honoring a dishonorable alumnus, who is committing crimes against humanity.

“TUT management must protect the good name of the university. We will add our voice of protest in support of the efforts of the Ethiopian community in Finland to have this vein honorary to a criminal be rescinded,” he said.