Official says South Sudan is not afraid of Ethiopia 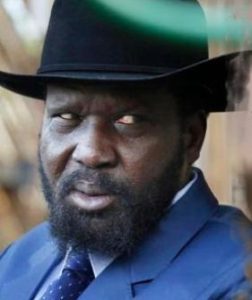 South Sudanese officials have stepped up rhetoric against Ethiopia in what analyst see as a moment that is developing in the relations between the two countries with a government official at the ministry of information in Juba telling a reporter that his government was not afraid of Ethiopia, according to a report by Nyamilepedia.

Ethiopia has been looking at Kiir’s government in Juba with a second thought lately over South Sudan’s embracement of Egyptian government policy towards the Ethiopian Dam and the Nile water agreement.

The Nyamilepedia report aid an official who is a close aide to the information minister Michael Makuei has said the government of South Sudan was not afraid of Ethiopia and that the country had nothing to explain, adding that the country would press on with its strategic relations with Egypt.

“It’s a normal practise to look out for your own interests, all countries do that……. we are ‘not afraid’ of any country, be it within the region (Ethiopia) or beyond, i think our ambassador in Addis Ababa made it clear to them on Ethiopian Broadcasting Television that we do not have to explain anything on our diplomatic relations with other countries” said Atem Deng Makuac an official at the ministry of information in Juba

This Comes just a day after the South Sudanese ambassador to Ethiopia was summoned on the national television the Ethiopian Broadcasting Corporation (EBC) to explain president Kiir’s recent visit to Egypt and to dispel recent rumours that South Sudan and Egypt agreed on a “dirty deal” over Ethiopia’s building of a mega Dam on the river Nile.

The official said the government in Juba would not back down from any deal with the Egyptian government due to their long standing relations, according to Nyamilepedia.