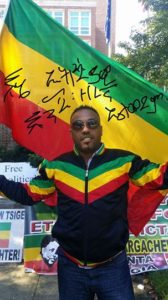 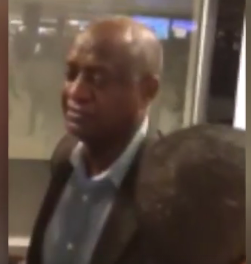 A Virginia court dismissed a lawsuit brought by a high ranking Ethiopian official against an Ethiopian activist based in Washington, DC metro area.

The Ethiopian activist, Tewodros Kabtyimer and his friends last year confronted Addisalem Balema, a member of the executive of TPLF, the brutal ruling oligarchy, at the Dulles International Airport  and denounced the perpetration of human rights abuses and the plight of their fellow Ethiopians at home under a brutal regime.

Balema’s lawyers brought assault and other charges to a court at Loudoun County Courthouse that dismissed the case on Friday. A separate case brought against the Task Force last year was also dropped in Virginia.

Balema was reportedly unable to identify his alleged abuser from a set of photos and videos. He said he could not remember the faces of the protesters as he was “ambushed”. The protesters allegedly yelled at the official, “You are a murderer. You are a killer. You are a genocider.”

Balema was not able to answer basic questions during cross examination, although he accused the defendant had beaten him and called him “dictator and killer.”

A similar court case against the activists collective called the DC Joint Task Force by another Ethiopian official, Redwan Hussien two years ago was dropped by a court in Arlington.

Tewodros Kabtyimer said he and his friends at the DC Joint Task Force will continue to be voice for the voiceless compatriots back home and expose regime officials who come to the U.S.