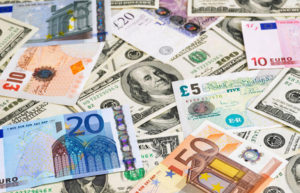 Civic and political organizations called on Ethiopians in the Diaspora to suspend sending remittances to the country to punish a regime which they said uses the money to oppress the people.

The seventeen civic and political organizations in a press release urged Ethiopians to halt sending money for three months. It also called for a reduction by one third for six months after the end of the three month halt.

Remittance accounts is a major foreign currency source for the regime. Data show Ethiopians in the Diaspora sent 3.7 billion dollars in 2015 and the 2016 estimate remittance is expected to be at least 4 billion dollars.

Earlier in the month, a U.S. based economist said in an interview with ESAT that remittances from Ethiopians abroad are the main source of the country’s foreign currency and any reduction would further cripple the economy already dominated by the ruling elite.

“It is a weapon in the hands of the Diaspora if they want to punish the regime,” Dr. Zelalem Teklu said. “A little reduction in what we send back home could have a serious impact on the economy.”

Investment, export and trade have shown a serious decline in the country while cost of living has risen dramatically posing a serious challenge to the country’s overall economy, according to the economist.

A year-long anti-government protest is having a negative impact on the country’s economy. Ethiopian regime claims that the Ethiopian economy is growing at the rate of 8 percent while the World Bank puts the rate at 6 percent.