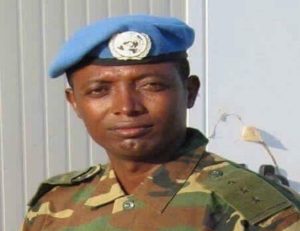 Three police officers and a prisoner have reportedly been killed in a shootout between the federal police and prison police in a dispute to take custody of Colonel Demeke Zewdu, the leader of the movement in the Amhara region.

The Amhara region has been hit by anti-government protests since this summer after an uprising ensued the arrest of a committee that spearheads the demands of the people of Wolkait, Tsegede and Telemt. They are demanding to reclaim their land that was illegally incorporated into Tigray region when the Tigrayan-led regime took power 25 years ago.

The Colonel is at the Angereb prison in Gondar since July after he killed two TPLF operatives who came from Tigray to put him under their custody without a court warrant.

The federal police have been trying to take custody of Col. Demeke Zewdu for the last three days but the local police have refused resulting in a shootout between the two forces, according to ESAT’s sources.

Repeated attempts by the federal forces to put him under solitary confinement failed due to prisoners revolt against the move. One prisoner has reportedly been killed over the weekend.

The federal prosecutor in Addis Ababa on Wednesday brought charges against Col Demeke and et al accusing them of terrorism.

The charge accuses the plaintiffs were responsible for the loss of lives and property in the protests in the Amhara region which was sparked by the arrest of members of the committee that spearheads the demand by the people of Wolkait, Tsegede and Telemt.