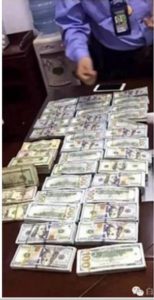 Illicit financial flows from Ethiopia could be much higher than those estimates by international financial institutions including the Global Financial Integrity, a former intelligence operative told ESAT.

The revenue from the export of cash crops and other exports such as flower, coffee, honey, cattle, incense, among others, would just be transferred to a foreign bank, without even reaching the country, said Ayalew Mengesha, who had worked at various capacities with the National Intelligence and Security Service.

Mengesha said money obtained in the form of aid and loan is deposited in foreign banks under the name of regime officials and their family members. “That money would never see the light of day in Ethiopia,” Mengesha said.

The former operative, who also worked as the head of the security operations for Ethiopian airports said security personnel, pilots and flight attendants were being used as carriers of cash and gold for officials and cronies of the regime. He said now that almost all the positions at the airports from the pilot to the loader are filled with people from Tigray facilitating the smooth exit of cash and gold has been made easy.

He alleged that officials at the helm of power to pilots, and down to ramp operators are all Tigrayans who facilitate the flight of money and gold at the airport checkpoints. “If there are staffs who belong to other Ethnic group such as Amhara or Oromo, they will be replaced by Tigrayans on the days of the illegal operations,” he said. The Tigrayan smugglers would take the cash and gold to Europe and receive commission in return. “The Airlines use the Ethiopian flag but in reality it only serves the Tigrayan turning the national carrier into a criminal organization.”

Mengesha said since the start of the popular uprising against the regime  one year ago, regime officials are engaged in a massive operation of smuggling money and gold out of the country and depositing it in places like China, Indonesia and other places in Asia and opening businesses under the name of their families. He said the destination of the stolen money and gold used to be U.S. and Europe but has now shifted to Asia and Australia.

He also said foreigners, especially Chinese businessmen in the country work in collaboration with Tigrayans in higher positions in smuggling money and gold out of the country. 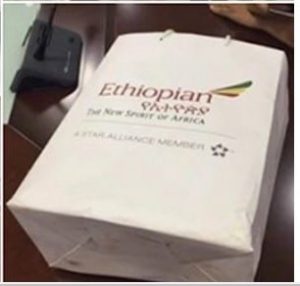 Meanwhile, Mengesha said of the registered 112 gold exporters in the country, all of them are Tigrayans. “In fact the letter i received as head of the airport security specifically mentioned that only people from Tigray are legitimate exporters of gold. No one outside the Tigrayans is allowed to engage in the gold business.”

He recalled an instance where 301 kg of gold had been replaced with slabs of metal painted as gold the National Bank of Ethiopia. The intelligence operative working on that case, Tariku Sodo, a non-Tigrayan from Southern Ethiopia, was found dead in Debre Zeit. A flight attendant was caught in India while trying to smuggle 15kg gold wearing it as a belt, he added.

Regarding places of gold mining, the former intelligence official who also monitors security at gold mining operations said all prospectors in the mines are Tigrayans and no other person from other ethnic group is not allowed to operate. Places rich in gold in Benishangul Gumuz namely Dul Hode and Dul Shatalo which are exceptionally rich in gold deposit were given to Tigrayan displacing the locals the Gumuz and Amharas. “Dul Hode is so rich in Gold that  studies found that 10 mg of gold is extracted from 1 kg of soil.”

In April $356,246 in cash was found in a paper bag at an airport in China by workers who work on a construction project in southern ‪China’s Guangzhou Baiyun International Airport.  Chinese media reported that three Ethiopian travelers have reportedly claimed the money.

An Ethiopian woman was arrested last week at IGI airport in India while trying to smuggle 3 kg of gold and 10, 000 USD in cash as well as 879 USD in currency notes.